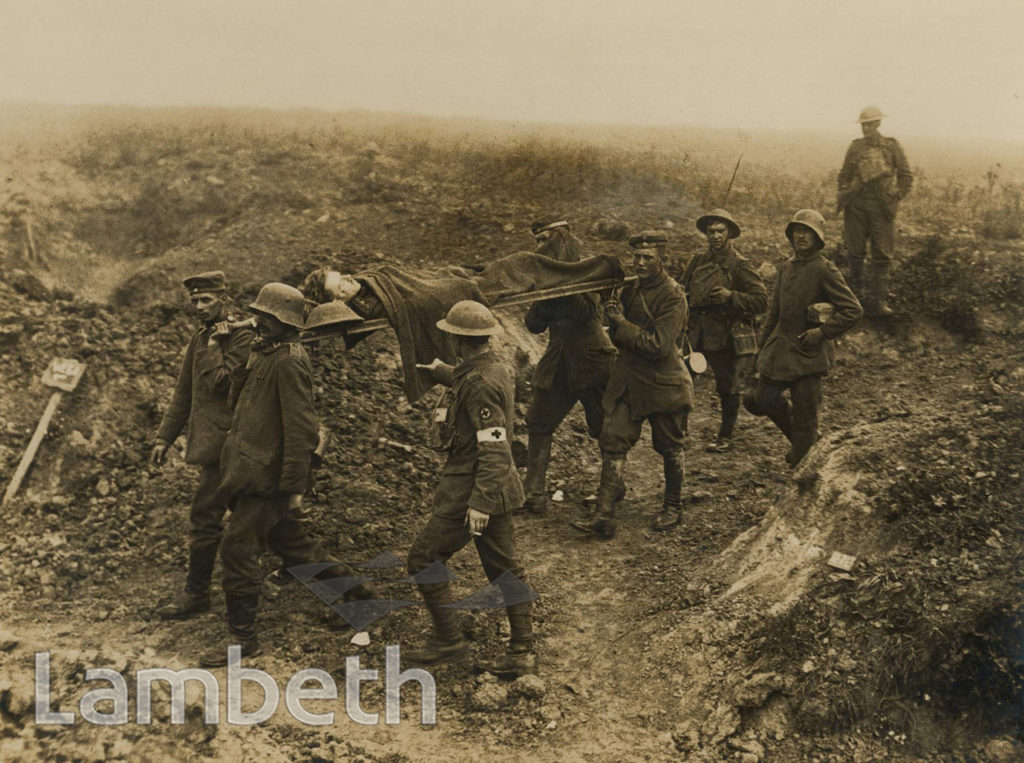 An official WWI photograph from the archive of the First Surrey Rifles captioned: 'British attack towards Bapaume, one of the first early morning casualities. A double V.C. of the East Surreys being brought in on the shoulders of captured Germans'. The photograph was taken by T.K. Aitken of an injured Lieut. Benjamin Hadley Geary V.C. (a single VC winner), from the 1st Battalion of the East Surrey Regiment, at Achiet-le-Petit, on the Western Front, 21st August 1918.Ref: IV 36/11/6 9408