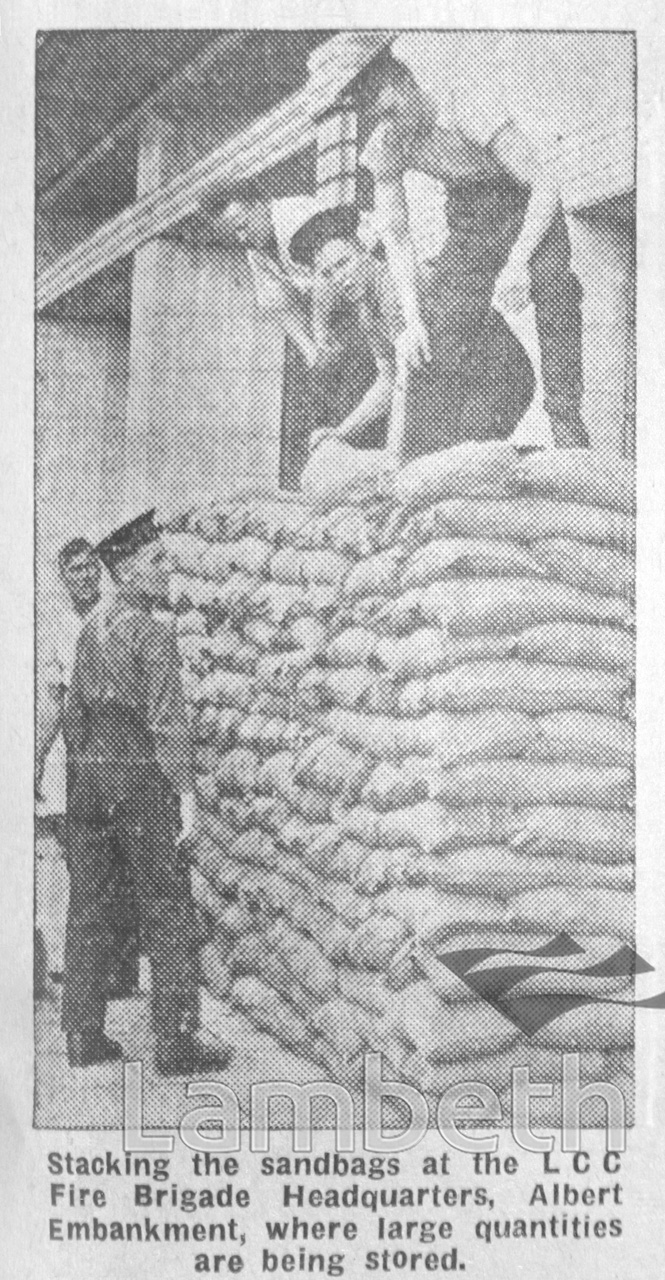 The stacking of sandbags for storage at the LCC Fire Brigade Headquarters on Albert Embankment, part of World War II preparations. It was assumed tensions in Europe would result in war, although this did not occur until the following year. From South London Press dated 30th September 1938
#1876 - 1900  #EMERGENCY SERVICES  #LAMBETH  #Print
⇐LILIAN BAYLIS F...