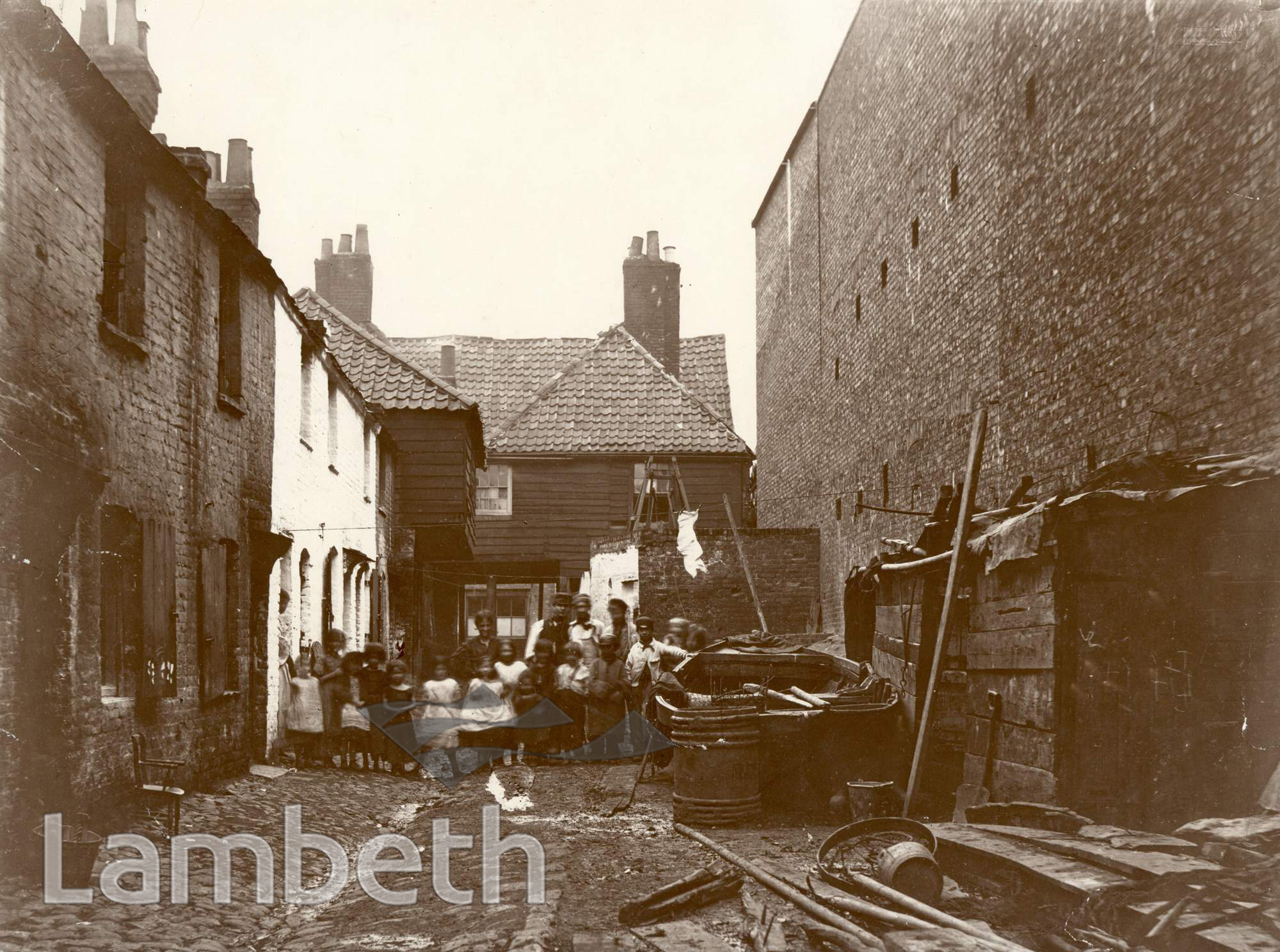 A riverside court called York Wharf, off Upper Fore Street, Lambeth, 'with members of its resident fishing population in their home scene'. The area was cleared for the construction of Albert Embankment and recorded here by William Strudwick (1834-1910). He recalled: 'I found a good number of subjects in old Lambeth....in this work I was assisted very much by a large dark tent or house on wheels (a home-made one). It had a boarded floor and carried all the working plant, and was large enough for me to stand upright in, with ample elbow room...this tent was drawn by a man, and on arriving at a given point, I could have a plate ready in ten minutes'. Strudwick also worked as an architect, artist and writer. He lived for much of his life in Lambeth, but died in the Infirmary at Croydon Workhouse and was buried in the Paupers' Cemetery.
#1850 - 1875  #BUILDINGS / ARCHITECTURE  #COMMERCE AND INDUSTRY  #HOUSING  #LAMBETH  #People  #Photograph  #Strudwick Photographer  #TRADE
⇐BISHOP’S ...