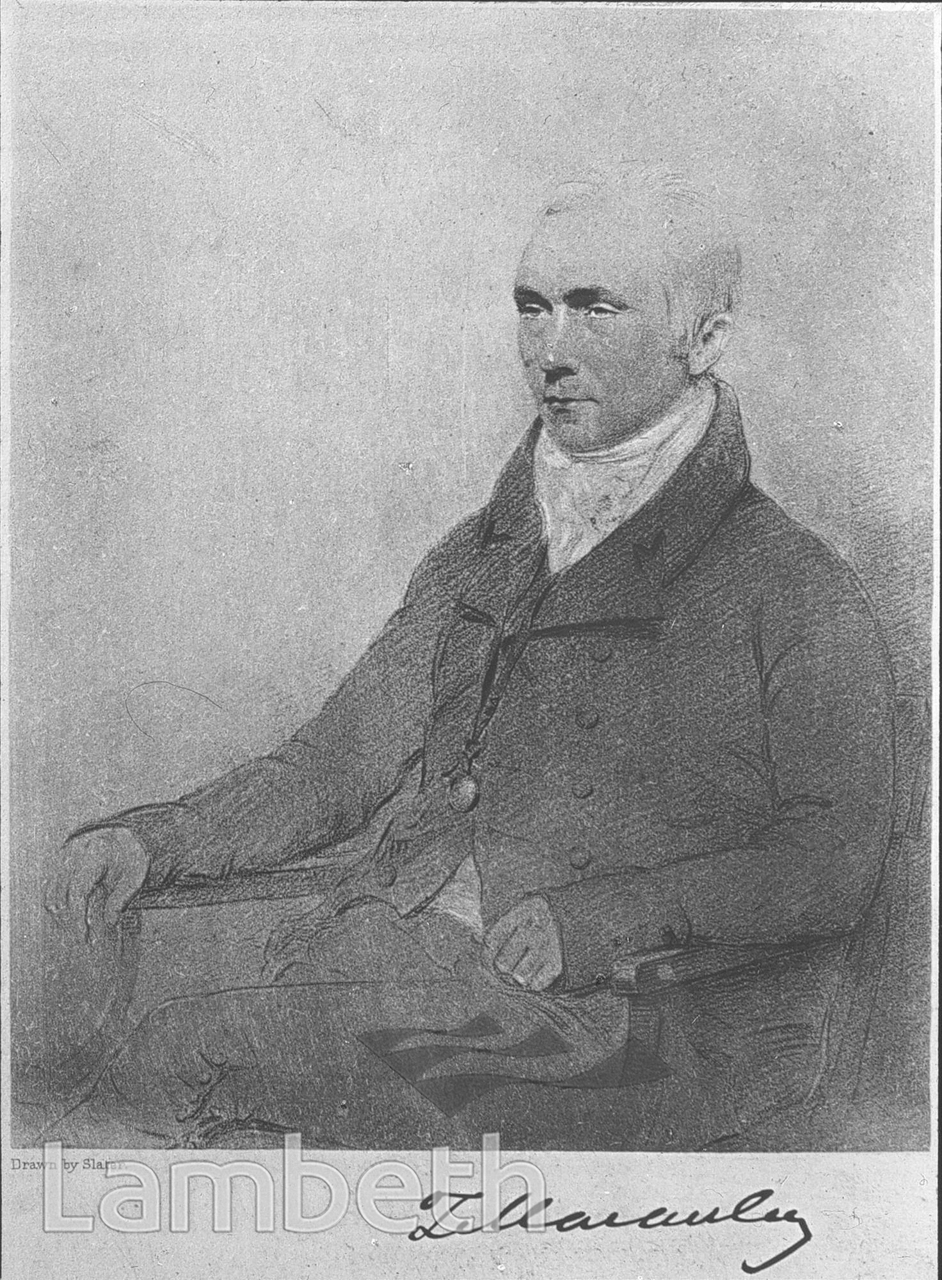 Zachary Macaulay (1768-1838) was a philanthropist and an evangelist who played an active role in the Clapham Sect's work in abolishing slavery. He was a Governor of Sierra Leone and set up the Clapham African Academy in 1799, initially at 8 Rectory Grove, to provide a Christian education for the children of African chiefs. He returned with twenty-five Africans, but they were not suited to the English climate. Many died and were buried in Clapham, before the remainder were sent back to Sierra Leone in 1805. His home at 5 The Pavement is commemorated by a plaque. Scan of negative from the Clapham Antiquarian Society.
#-Before 1850  #Clapham Antiquarian Society  #People  #Photograph
⇐LARKHALL RISE, ...